Wilmslow Architects for your house extension or self-build new house.

If you are looking for an Architect in Wilmslow to help with your project, then speak to our experts. 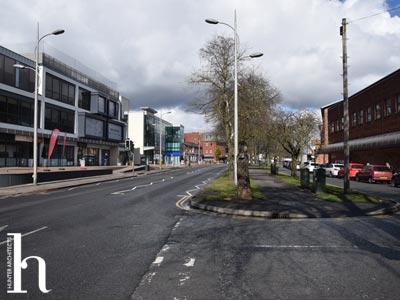 Wilmslow is a popular town in the heart of North Cheshire due to its town centre, access to the Airport and Manchester as well as the countryside. The town falls within the Golden Triangle (with Alderley Edge and Prestbury) and is therefore one of the most popular places to live in the country.

The town is a historic settlement and can trace its roots back to the Iron Age. A discovery in the 1980’s of bodies in a peat bog at Lindow Moss. These were dated to between 2BC and 119AD and consequently were significant archaeological discoveries. The British Museum now permanently displays the recovered and preserved Lindow Man.

In more recent times, and due to the introduction of the railway network, linking the town to Manchester, Wilmslow became popular with Victorian business people. As a result this trend remains to the current day. There are several notable businesses within the area including Umbro and the Royal London financial services company.

Our RIBA Chartered Architects can turn your dream home in Wilmslow into reality.

Wilmslow features a wide range of businesses, restaurants and leisure facilities. These include the only Aston Martin dealership in the area, based in Wilmslow Town Centre. Alan Turing is probably the most notable past resident although the area is a popular place for actors, footballers and business leaders.

There are several conservation areas in the area including Hawthorn Lane, Highfield, St. Bartholomew’s and Styal.

We have a wide range of experience as Architects across the Cheshire East council area, including in Wilmslow. As Architects and Planning Consultants we understand what our clients want from the bespoke home projects.

We have undertaken a number of projects, including house extensions and remodelling. Please have a look at a a specific example here. Please also our wider experience of projects which would be a good precedent if you are looking for Wilmslow Architects.

Get Started in Wilmslow

We recommend meeting face-to-face for a head-to-heart discussion. We want to grasp exactly what you’re looking for while understanding more about what is achievable in time, space and budget.