Do you need Architects in Didsbury or Chorlton?

If you are looking for Didsbury architects to help with your home or for a planning problem you are in the right place. 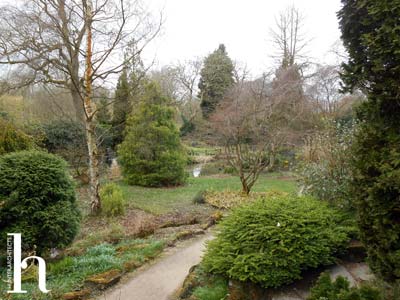 Didsbury is a suburban area situated in the city of Manchester. It is geographically located on the north bank of the River Mersey which is 4.5 miles south of Manchester city centre.

Historically, Didsbury existed as a small hamlet and a part of Lancashire. According to historical evidence, it was part of the Manor of Withington. Today this is regarded as the south of Manchester.

Didsbury was portrayed amid the eighteenth century as a township free from external influence. Didsbury was generally rustic until the mid-nineteenth century when it experienced advancement and urbanisation amid the Industrial Revolution.

Didsbury is an area known for its rich environment, leisure parks and tourist attractions. There are also many exciting outdoor and indoor recreation locations. With tourist attractions that comprise of the Didsbury Village which is regarded as the sought after of three area of Didsbury. The village boasts of quality lounges, boutique hotels, delis and a large M&S.

The area is known for its luscious lawns, Victorian style houses, and well-paved environments.

East Didsbury is best known for its calm, streets and great schools.

West Didsbury is fiercely independent, inhabited by young professionals and a host of small but credible restaurants, such as Greens, and The Lime tree.

Are you seeking an Experienced Architect to help you with your building project in Chorlton?

Chorlton is a suburb located in the city of Manchester. It is within four miles of the Manchester city centre.

Historically, during the 9th century, the Chorlton area was more of an Anglo-Saxon settlement which inhabited the whole area.

Chorlton is an area regarded by many as Manchester’s Ladbrokes Groves because of its edgy, cultural diversity, and creative environment it portrays. Chorlton boasts many tourist attractions, art and cultural centres, nightlife and top-notch educational facilities.

The Chorlton area boasts of magnificent homes and buildings, tastefully designed to suit the architectural trend in today world. From modern, contemporary, and Victorian architectural designs, getting a competent and versatile architect is all you need to transform your home.

For prospective homeowners in Chorlton area who are looking to have their ideas transformed into the kind of bespoke architecture that says a lot about your lifestyle, your individual needs, and tastes, then reaching out to Hunter Architect online or via call is all you need.

Hunter Architects & Planners has a wide range of experience of house extensions and replacement dwellings within such areas such as Didsbury & Chorlton. Please have a look at our projects page for further information.

When it comes to transforming your building project dreams in the Chorlton or Didsbury areas into a reality, then Hunter Architects & Planners are the go-to Architects for your project.

If you are seeking for a professional Architect to create a masterpiece out of your building project dreams, reaching out to Hunter Architect & Planners is the best idea.

For homeowners or intending homeowners in Chorlton & Didsbury seeking for an affordable Architect or needing planning permission, talking to Hunter Architect & Planner is all you need to get your project started.

The area boast of dynamic architectural designs ranging from Victorian to contemporary designs which makes it challenging but rewarding for architects. Notwithstanding, Hunter Architect & Planners are well-experienced in providing a perfect architectural service that suits your budget and dream home.

Get Started in Didsbury

We recommend meeting face-to-face for a head-to-heart discussion. We want to grasp exactly what you’re looking for in while understanding more about what is achievable in time, space and budget.